READY TO ORDER? +1 (512) 537-5255 9 AM–9 PM CST
HomeBlog VerySuperCool Tool Product Reviews“I Was Impressed With The Thickness Of The Backing Of The Sandpaper”

“Fellow Woodworkers,
I recently discovered “AskWoodMan” podcasts on Youtube and was impressed with the information and experience shared by Jeff. I already owned the Festool RS 2 E half-sheet sander, but seeing how Jeff used it on ganged-up pieces of banded Baltic Birch opened my eyes to how much more useful a sander it could be. I finished the podcasts on sanding and decided to order the Sand the Sequence SML pack of 5 sheets of 6 different grits: 80-100-120-150-180-220.

The order arrived in about 5 days; that was a nice surprise! I was also impressed with the thickness of the backing on the sandpaper-it was just as Jeff had described it. Next, I ordered Festool’s Hole Punch – item# 481 523 – and the MPE Sanding Pad with a non-marring edge – item# 485 647. I found both parts in the 2011-2012 Festool catalog on p. 145. When they finally arrived, I found a 12″ x 18″ scrap piece of oak veneer plywood to experiment on. I used an old marking knife to cut the sheets in half. They only needed one stroke of the knife, and then, when I folded the sheets in half, they easily came apart. No time wasted there. The first time I tried clamping the half sheet on the RS 2 E, I struggled somewhat. Clamping the first end down was easy, but I didn’t leave myself enough length for the 2nd clamp to grab hold. Hmmm…

I returned to Jeff’s instructions on the podcast and found the answer; I needed to use the small raised shoulder on the sander to gauge how far the first end of the halfsheet should be inserted. A little practice and I was ready to go. Each time I traded grits, this procedure became easier. Using the Hole Punch was simple and fast, unless you count the time I forgot to do it. Whoops! With the RS 2 E speed dial set between 3 and 4, the sander did a great job of sucking up the sawdust. I was very satisfied. I quickly worked through the 6 grits. Then, I used the brush attachment on my Dust Extractor hose to clean up most of the residue, followed by a cloth, and finally my hand and fingers as Jeff suggested. This cleaning sequence made sense and worked well, especially the final cleanup with the hand.

Finally, I showed the plywood up to a raking light in my workroom. Were there any ridges and scratches? I couldn’t see a one! That old scrap of oak plywood felt and looked great. Although I haven’t yet used it to float some hard maple banding down even to the plywood surface, I was impressed by how rugged the sandpaper is and how well it performed. In conclusion: a) the service was quick, b) the sandpaper construction was just as advertised, and c) it performed very well in my short experiment.

Would I purchase it again? Absolutely! My thanks to VerySuperCool Tools for offering this great product. P.S. You should know that I’m 57 yrs. old and have chronic-fatigue, an illness that greatly reduces my ability to mentally focus and keep concentrating on my work. I still found this product and the procedures for using it well within my abilities. Thanks again!” – Mark Hays

“I was impressed by how rugged the sandpaper is and how well it performed.” ~ Mark Hays 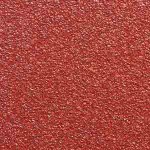 This site uses Akismet to reduce spam. Learn how your comment data is processed.

Send us a message

Scroll Back to Top